4 This 1969 Yenko Chevy Nova Was Never Converted, Is the Only Known Automatic

5 1968 Yenko Camaro Coming Back In 2018 As Continuation Series
Car video reviews:
Up Next

An $8K Rebate To Buy a Rally Race Car in Canada? Sounds Like a Killer Deal From Subaru

Introduced in 1966 in the Corvette and full-size Chevrolet models, the 427 big-block V8 was eventually used in the Camaro. Don Yenko’s conversion is probably the most desirable, and it’s pretty rare as well because fewer than 320 examples are believed to have been made.
28 photos

Few made it out of the 1960s and 1970s, which is why survivors are fetching ridiculous money nowadays. Alas, a Yenko Super Camaro clone is the only means of experiencing Don Yenko’s monster without breaking the bank.

Chassis number 124379N581732 started out as a V8-engined coupe for the 1969 model year, manufactured at the Norwood assembly plant in Ohio. Refurbished under previous ownership in the style of a Yenko 427, this orange-painted muscle car has been with the current owner since 2016.

Listed on Bring a Trailer with 980 miles (1,577 kilometers) on the clock and unknown total mileage, the vehicle is currently sitting on a high bid of $28,000 with seven days left. It’s not a lot of money even for a tribute, but on the other hand, there is a reason the highest bid stands at $28k now.

More specifically, there are lots of imperfections that need to be addressed by the next owner. The seller notes damage to the underside of the hood frame, scratches on the side and rear glass, paint issues on the driver-side front fender and rear quarter panel, as well as a crack in the front spoiler.

These imperfections and whatever is not listed on Bring a Trailer are relatively straightforward to fix. The most important thing about this bruiser is that you won’t find any rust on the undercarriage or in trouble areas. 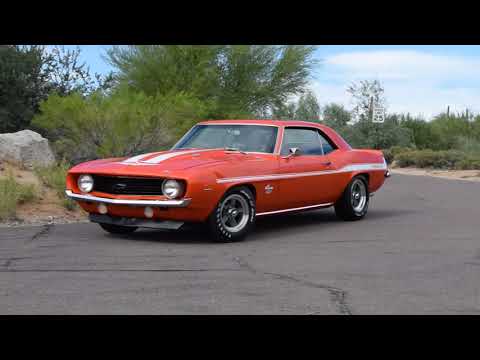