1 GM, Please Turn This Bold Render Into the Fully Electric Chevy Corvette of 2040

4 1967 Chevrolet Camaro Wakes Up After Too Many Years, Doesn’t Look Good

SEMA 2019 was filled with interesting cars. There was the Supra, of course, the Ringbrothers Valkyrja, but also this interpretation of the 1969 Camaro. It's called Grimm 7.0 and was built by Jesus Lopez of Gabe’s Street Rod Custom Interiors.
15 photos

It's fair to say that this is a Camaro unlike any other, looking classy and high-tech in equal measure. The muscle car can loosely be defined by its Speedkore carbon fiber, holden wheels, and impeccable interior.

Want to know more? Luckily, AutotopiaLA covered this car back in 2019 and came back for an in-depth look and test drive. This full restomod reportedly cost more than $500,000 to make. It sits on a Roadster Shop custom chassis that came with a Ford 9-inch rear end, which is needed to cope with a savage 750 horsepower engine.

It's a naturally-aspirated 7.0-liter V8 by Mercury Racing, a company that normally builds boat engines, as you probably already know. As a result, this sounds like no other LS on the road. And just like the exterior, the engine bay is fully framed in exotic-looking carbon fiber, just to let you know big bucks were spent.

The paint is what really gets us. It's a really deep blue with a kind of indigo shimmer to it. The HRE wheels were custom-made to match this, and while they are gold, it's not an ostentatious shade. The body is all-metal and features numerous small changes to give you a slightly better version of the first-gen design while integrating the racy aero elements.

The interior is quite unique as well and could be the most polarizing part of the build. It's quite modern looking, but the digital dash is a nice match for the pop-out door handles, which are immediately recognizable as a Tesla component. The switches are from Lamborghini, and those round vents come from Ferrari. 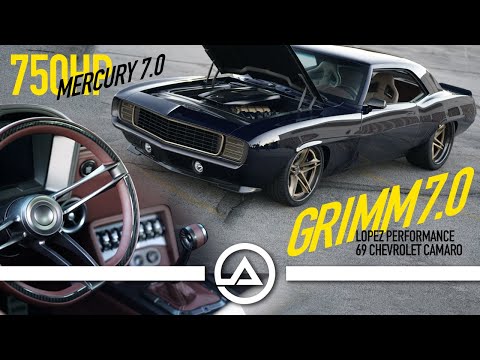 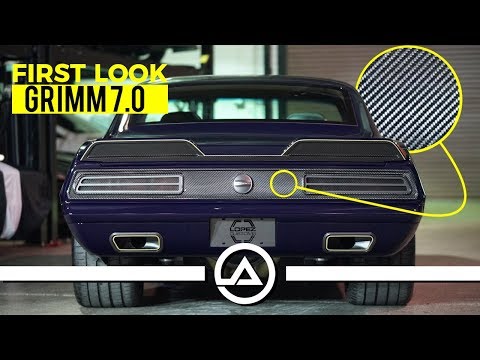