2 How to Roll Fenders On a Lexus IS

Home > News > Tuning
Ciprian Florea
Known for being a truck-lover’s state, Texas is also home to several restoration and tuning shops. Among them, there’s Conroe’s Mo’ Muscle Cars, who deals with putting the old gals back on the road.
1 photo
The company’s latest project, which involved restoring and upgrading a 1967 Chevrolet Camaro RS, has come to our attention via Youtube and we were so impressed with it that we just had to share it with you boys and girls as well.

Painted in a two-tone color scheme in the traditional restomod fashion, the Camaro received a new Dynacorn body with an RS trim package which also incudes hidden headlights. Under the hood, an updated LS3 engine was fitted, while power is transferred to the rear wheels via a six-speed transmission. Other enhancements include modern comfort features, wheel disc brakes, bespoke audio and upholstery as well as a set of Billet Specialties wheels.

An awesome concours-winner musclecar if you ask us, but go ahead and watch the video uploaded below and judge for yourselves. 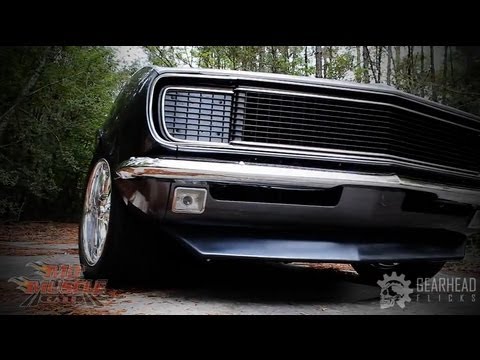