1 Maserati Boomerang Concept is Up For Grabs – Video, Photo Gallery

It was one of the first precious Ferraris Jay Leno would have in his online show, which we’re more than certain most of you car people out there know of. Two great comedians would talk about their love for classic Prancing Horses that undoubtedly made the show a delight. That’s how this particular breed stuck into our minds. It turns out Adam Carolla decided to say farewell to it now.
8 photos

Before going straight to the photo gallery, (yes, it’s total eye candy) you may want to get a profound grip on the vintage bad boy.

The Ferrari 330 line was highly expected as the successor of the legendary 250. While the first 330 America was simply a 250 GT/E with a larger engine, the 330 GTC/GTS shared its chassis with the 275. They only made 455 examples of the Series II GT 2+2 and if we were to describe it by solely one feature that’s the evolved 400 Superamerica’s 4.0-liter Colombo V12 engine.

The engine's enhancements are defined by wider bore spacing and the notable use of a genuine alternator rather than a dynamo generator. Triple Weber carburetors make this classic breath while the 300 horsepower will make any petrolhead smile. Inside, the sumptuous red leather upholstery and a five-speed manual gearbox complete the inspiring story.

As to the owner of the beauty, or previous owner for that matter, well, he may be a successful comedian, but selling such a beauty is far from being funny. On the other hand, we all know he is one of the great car people who not only collects them but also likes to work and get to know them. Who knows, maybe he’s going for a new Ferrari 250 instead.

In the case you won the lottery recently, you'll want to know the Ferrari will go under the hammer at this August's Russo and Steele auction. 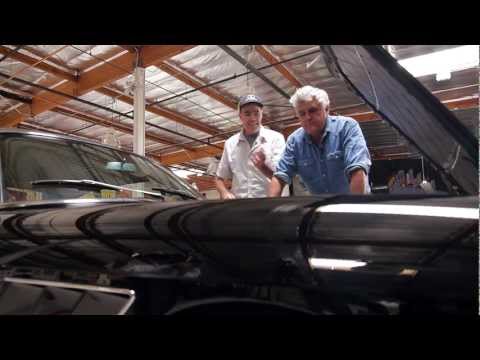