When checking out a car that’s been sitting for decades, most people look for typical things like rust and missing parts, though in the case of the Mustang that we have here, there’s something else that’ll probably take you by surprise.
24 photos

It’s the engine under the hood, which not only is still working despite the car spending 36 years on the side of the road but also sounds fabulous for a V8 that hasn’t been started in decades.

A video published by eBay seller smallville33.1 allows us to hear the beautiful roar of the ‘Stang in all its glory, though they also warn that despite the marvelous sound of the 289 (4.7-liter) under the hood, the car still isn’t ready for daily driving.

As you can see for yourselves in the gallery here, the Mustang doesn’t come in its best shape, but this isn’t necessarily something totally surprising given it’s been sitting for so long. There’s the typical rust here and there, but on the other hand, it’s a restoration candidate, and at the first glance, there’s nothing that a full refresh wouldn’t be able to deal with.

The good news is the car is still 100 percent original, so the V8 it comes with is still the one that was fitted by Ford itself when the Mustang rolled off the assembly lines.

The only major shortcoming of this Mustang seems to be the asking price, as the eBay seller expects to get close to $13,000 for the car. At the first glance, this is quite ambitious despite the impressive roar of the engine, but the Make Offer button has also been enabled should you be interested in another deal. 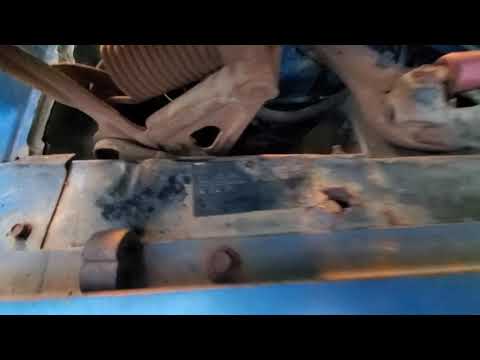 The story incorrectly stated this is a '65 Mustang when, in fact, it's a '68 model. The text was updated with the correct information.