5 2021 Ford Mustang Mach-E First Deliveries Underway in the U.S.
Up Next

Mihnea Radu
Building a Ford Mustang restomod can be a tricky business. But we think the pony-loving crowd will fall in love with this 1965 "Devious Stang," even though it's got some pretty serious modifications.
19 photos

The metallic blue beast was the star of this week's video showcase by AutotopiaLA. However, we remembered a preview they did for this exact car at the end of 2019. That's when it was presented at the Keystone Automotive booth of the SEMA Show.

At first glance, this looks like one of those quarter-million creations that Classic Recreations keeps rolling out. However, it's the work of Timeless Kustoms, which notably created the 1,000 horsepower "Vicious" Mustang believed to be worth over a million dollars.

However, where they essentially threw everything out with Vicious, this is more of a streetcar that saves all the good parts from the 1965 model. Its owner describes it as a "no-joke car" that's got the power, and everything needed to keep things under control.

It all starts with the chassis, made by Detroit Speed. And behind those beautiful 18x12-inch One Piece Forged Monoblock wheels, we can easily make out a Brembo big brake kit. It's honestly quite unusual to see 15-inch carbon ceramics on a muscle car, and it just goes to prove this isn't some trailer queen. JRi Shocks coilovers are used to ensure the 305/35 ZR18 Toyo R888R tires are in contact with the road as much as possible.

The body is fully caged in, but a powerful engine still manages to turn this into a bucking bronco at times. We're talking about an Edelbrock supercharged Ford Performance Coyote motor estimated at 750 horsepower or 632 hp at the rear wheels. This is paired with Tremec 6-speed manual and 9″ Currie rear end.

But it's the look that really does it for us. You've got the classy blue paint, a deep spoiler at the front, and a little something extra over the trunk. Somehow, it still looks like an early Mustang, even though it's so race-ready. 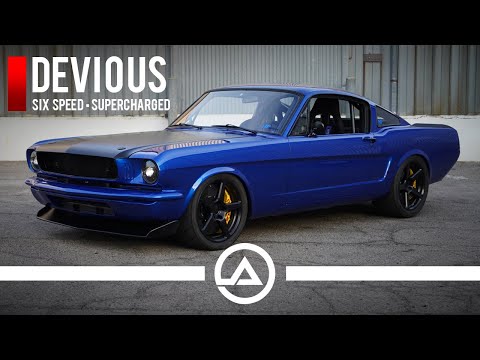 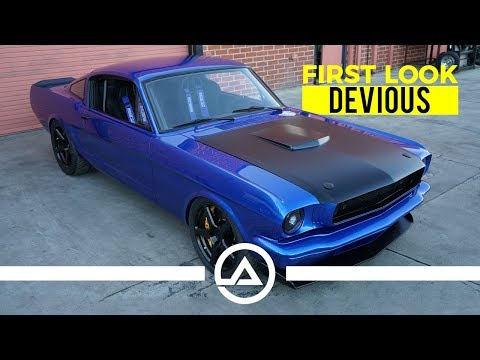