4 Aston Martin and James Bond, the Love Story of All Times. Don’t You Forget It

Step Inside This $1.4 Million Motorhome and Get a Taste of Luxury

Aston Martin will always be James Bond’s carmaker of choice, but it’s the DB5 that is synonymous in popular culture with the sleek and deadly (and fictional) 007 spy. Of the DB5s immortalized in film in the franchise’s decades-running history, no other is more famous or iconic than the one that appeared in Goldfinger.

1963 Goldfinger Aston Martin DB5, the Most Famous Car in the World, Has Been Found

Widely referred to as the Goldfinger DB5, it is also considered the most famous car in the world, a title it shares with the equally-iconic Bugatti Type 57 SC Atlantic La Voiture Noire. Another thing these two vehicles have in common is that they both went missing at some point and were never found. It took an art detective 24 years of non-stop work to finally track down the DB5, which, apparently, resides in a private collection in the Middle East.

This is the fascinating story of the most fascinating DB5, and it seems to have a happy ending. If the vehicle is indeed recovered, its value is estimated at $25+ million, which would also make it the most expensive DB5 ever.

For the 1964 James Bond movie Goldfinger with Sir Sean Connery as the lead, EON Productions spoke to Aston Martin about getting a new car. That car was the DB5, with the marque delivering four units in total for the film: two of them were used during actual production, and two served as promotional vehicles. Of the former two, one was the effects car, meaning it was rigged with all the gadgetry and weaponry one has come to expect from a James Bond vehicle, while the other was the road car, which was used for beauty shots.

The use of two vehicles was necessary because chassis DP/216/1, the effects car, was so heavy from all the stuff special effects genius John Stears and his team put on it that it became hardly drivable. In case you haven’t seen Goldfinger, the stuff included tire slashers, ejector seat, pop-up machine guns, smoke bombs, and water and oil sprayers. Basically, the same gadgets today’s collectors were able to get with the DB5 Continuation cars.

After filming, EON returned both vehicles to Aston Martin, and the one we’re interested in was stripped down of all the extra stuff and sold as a regular DB5. Certainly aware of how that would impact its worth, the first owner didn’t hesitate to restore it to its movie glory, using exact replicas of the gadgets. Until 1986, the DB5 was traded several times, with each transaction increasing its market value.

In 1986, Anthony V. Pugliese III bought it at auction for $250,000, not including fees. A true Renaissance man, Pugliese is a Florida real estate developer and businessman with deep connections to the art world and showbiz industry. He is also a well-known pop culture memorabilia collector, and perhaps one of the biggest in the country. At one point, his collection included Christopher Reeve’s Superman costumes, Oddjob’s steel hat from Goldfinger, Charlie Chaplin’s canes, the hat of the Wicked Witch of the West from the Wizard of Oz, and the Colt Cobra .38 that Jack Ruby used to kill Lee Harvey Oswald. The Goldfinger DB5 fit right in.

Immediately after purchase, Pugliese insured the vehicle for 16 times its worth, which many assumed was the tell-tale sign that he had certain plans for it, and that they rhymed with “insurance fraud.” Still, Pugliese held on to the car until 1997 and, more importantly, there was never any evidence linking him to what happened next.

Right out of a heist James Bond movie, on the night of June 18, 1997, thieves broke into a hangar at Boca Raton Airport in Florida and made off with the car. They sliced through the airport fence and opened the hangar door without forcing it, and then simply dragged the car onto a platform. Security was lax in the area pre-2001, and they had been tipped off as to the exact location of the car, since nearby hangars also held valuable vehicles and artwork, but nothing else was touched. The only clues left behind were the tire marks from when the DB5 was dragged outside.

Insurance paid Pugliese $4.2 million, and offered a $100,000 reward for any tips on the vehicle’s whereabouts, but the reality was that it had simply vanished. Poof. Theories claimed that it had been airlifted with a cargo plane and shipped overseas, or maybe dropped into the ocean to claim insurance. Others believed the car never left the U.S., and that maybe Pugliese hid it at one of his safe storage facilities.

In August last year, Christopher Marinello, chief executive of Art Recovery International, hired by the insurer to track down the DB5, reported that, after 24 years, he had promising clues about its possible location. It wasn’t at the bottom of the ocean, but in the Middle East. At the time, Marinello was promoting an upcoming podcast about the recovery efforts, called The Great James Bond Car Robbery, so he had reason to keep it vague. He would later narrow down the search to Dubai, Saudi Arabia, Kuwait and Bahrain, saying the vehicle was part of a private collection.

Apparently, the serial numbers have checked out, and this is the missing James Bond holy grail. Marinello won’t say where exactly it is found, but he is convinced the current owner has no idea he’s in possession of stolen goods. “I think they should make every effort to have a discreet and confidential discussion about how we clear the title to this iconic vehicle,” he told The Telegraph in an older interview.

As of the time of press, the missing 1963 Aston Martin DB5 has not been recovered. When – and if – it is, should it emerge on the specialized market once more, it could sell for a price well over $25 million. And, hopefully, tell a story to match. 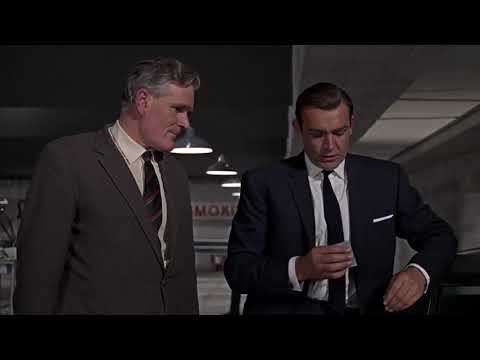 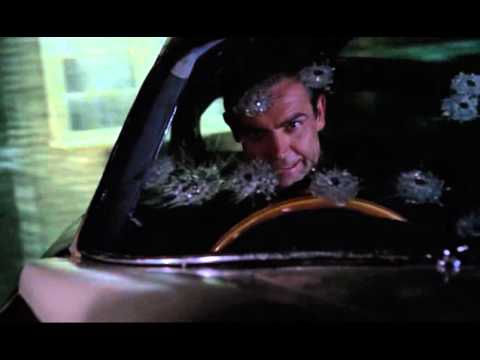