5 New Hot Wheels Multipack Looks Like a Pot of Gold, Has Eight Cars Inside
Coverstory

2017 sounds like a such long time ago. But only five years have passed since some of which were more challenging than others. And in today's story, we are going to revisit that period, as we'll be looking at the Super Treasure Hunt series that made its way into stores at that time. This is our fourth STH review so far, and there are still a few more to come by the end of the month.

At first glance, you could say that 2017 wasn't the best year for avid Super Treasure Hunt collectors. Mattel released a total of 15 designs, four of which were fantasy cars. Two more were replicas of movie vehicles, which leaves just nine licensed items with some perspective for the future. 2017 did nothing for Euro fans, and very little for Japanese car enthusiasts. But even so, we're going to take each item one by one and learn more about it.

It all started with Case A, which featured the '63 Chevy II Super Treasure Hunt. As unexpected as it might sound, Ryu Asada designed this casting for its release back in 2016. That same year brought forth a Spectraflame Magenta variation for the Mattel Employees Association Dinner Dance, and this time is quite similar to the STH version that appeared in 2017.

While mixing pink, yellow, and orange might not sound like the best idea, you can at least appreciate the 5-spoke Mag-Style Real Riders Wheels on the STH model. Pricewise you should expect to pay between $26 to $60 for this casting, which is decent enough all things considered.

If Scooby Doo would have never existed, then it's highly likely that the Mystery Van wouldn't have been as popular today. You can't help but feel a special connection to the Mystery Machine, as those "meddling kids" drove around in it for years worth of adventures. This casting has been around since 2012, and its latest version turned up in the Hot Wheels Warner Bros. Anniversary set just recently.

There are 16 different variations you can collect, and the STH might be the most expensive one with some people asking as much as $400 for one. The 2014 Collectors Convention model isn't far behind, even though you might have expected it to be the other way around.

Case C was a big disappointment for most collectors, as Hot Wheels decided to use the 16 Angels casting for the third STH item of the year. While we understand that this model is somewhat traditional for the company, it still fell on its head as soon as it came out.

Looking at the 2017 Lamley Awards, it was voted the Worst STH of the year by almost 37% of the people that took part in the poll. If you insist on having one in your collection, you'll end up paying between $10 to $30 for it.

Case D managed to calm the angry mob down for a bit, as it came up with a good casting/livery combo. With a Spectraflame Blue finish and Off-Road Deep-Dish Real Riders Wheels, the Falken-powered Toyota Baja Truck completely eclipsed the standard model.

This would mark the casting's second appearance in the STH line-up, as it had received that distinction back in 2015 as well. You can hit two birds with one stone and get both of them for $150 from the same user. But if you're not in hurry you can probably get them separately for less than that.

Moving up to Case E for 2017, we find ourselves facing the second Fantasy STH of the year. You might have seen the Surf Crate in stores recently, as it's the newest Regular Treasure Hunt on the market.

This is what you'd call a "peg-warmer", as most adult collectors will just ignore it and move on to the next item. No amount of Spectraflame paint and Real Riders wheels could save it from being voted as the fifth worst STH to come out in 2017, and some people will sell one to you for $15 or less.

To conclude part one of this story on a positive note, let's have a look at what came up in Mix F. The '17 Acura NSX had only been introduced to the market a year before its Super Treasure Hunt appearance. We all know that the real-life car wasn't as successful and popular as its predecessor, but it's still a nice item to have in your collection.

Mattel chose Spectraflame Yellow to underline the somewhat exotic nature of the hybrid sportscar. But we can't wrap our heads around those grey rims, which tend to detract from the STH magic. If the color combo doesn't bother you, the market value of the car won't either.

This is a "middle-weight" design, so it will range between $40 to $80 in most scenarios. Stick around for part two of the story, where we'll be looking at the remaining nine Super Treasure Hunt items released in 2017! 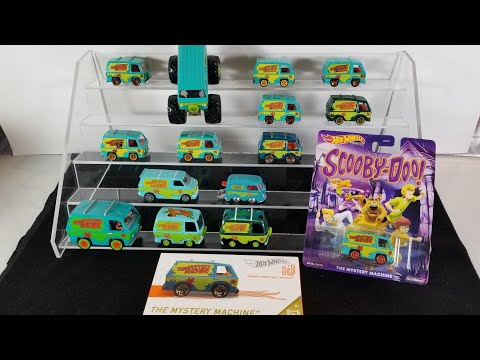 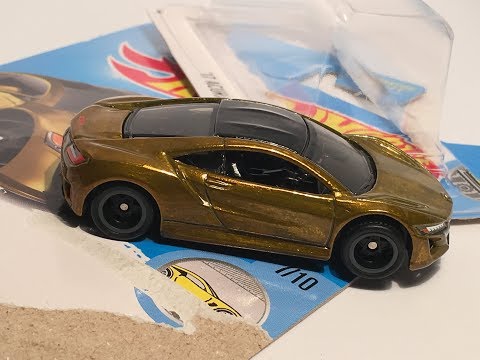 Entertainment Studios in Space? They’re Closer Than You Think, First One May Open in 2024See all coverstories