Aurel Niculescu
Big leaps are always nice, but even baby steps can take you places. Such as winning a bunch of prestigious awards with your 1958 Chevy Corvette that initially went into the aftermarket shop because of a fried clutch. One can imagine everything snowballed from there...
32 photos

The latest video (embedded below) from the Hand Built Cars channel on YouTube is a fitting example. The story of this 1958 Chevrolet Corvette Roadster 383 Pro Touring build project wrote its most famous chapters with prestigious awards some seven or eight years ago, but it also might be much older.

According to the information provided, the owner – Steve Smith from Manchester, Maryland – was probably enjoying his crimson C1 for some time before he was forced to pay a visit to Emigsville, Pennsylvania-based Legacy Innovations. The aftermarket shop intervention was not a “major” one, having to do with replacing the blown clutch and also fitting a new rear end.

But, as the gallery stands testament, it kind of snowballed from there. So, the beautiful “America’s sports car” got a completely new lease of life as a restomod creation. And the Pro Touring build wasn’t just for show because the plans quickly expanded to also include a brand-new tubular chassis with road racing front and rear suspension, and much more.

Among the highlights we can also mention the unique “50eight” six-piston Wilwood breaks, 383ci V8 SBC mated to a five-speed manual transmission, or the Forgeline three-piece wheels, as well as the exterior Legacy Bronze Metallic “eye candy.” But of course, nothing compares to actually seeing the entire build process recalled from distant memory right in front of our eyes.

So, better sit back and enjoy the visually arresting story of how a blown clutch on a C1 Corvette ended up being a true catalyst. One towards a 383 Pro Touring build project that in the end turned out as 2013 SEMA Show’s vehicle or the 2014 Detroit Autorama winner... 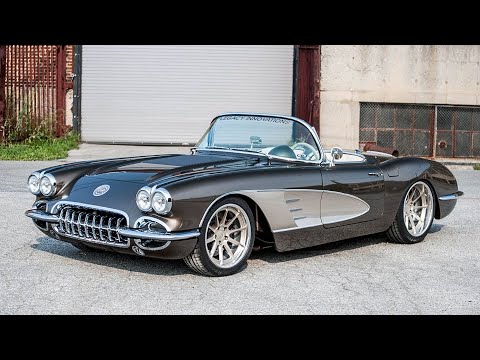