1 C7 Chevy Corvette ZR1 Drags R35 Nissan GT-R, Grudge Race Is As Close As It Gets

3 If Color-Shifting 2023 Corvette Z06s Aren’t Enough, Maybe a Widebody Does the Trick

Few automobiles are readily available to offer the timeless looks of a classic icon combined with the modern technological advancements of the past decades. But this Nassau Blue over white 1956 C1 Corvette might fit the bill.
17 photos

Almost perfectly, some might say, but that’s for the future owner to decide. We are only here to present the hard facts. And to let the evidence try and convince the bidding jury if the C1 Corvette featured in blue and white merits a chance at restomod glory or not.

According to the available information, this C1 that offers the classic looks of the original Corvette combined with some of the technical wonders that appeared over the past 65 years was owned by the same family for 23 years. Which is always neat.

They lovingly ordered a full frame-off restoration back in 2012 and have only racked around 1,200 miles (1,931 km) since it was completed. Besides driving it sparingly, the Corvette also received a host of upgrades from its caretakers. Chief among them would be the engine swap, of course.

The Nassau Blue over a white leather interior (painted and trimmed during the recommissioning) example now sports a 385-horsepower Chevrolet Performance small-block with Ram Jet electronic fuel injection. The engine was mated to a four-speed automatic transmission and the Chevy also features creature comforts such as A/C, disc brakes, upgraded steering, and more.

According to the owners, they didn’t get the soft top assembly upon their purchase of the car, so the ‘Vette now comes with a GlassWorks auxiliary hardtop instead. Still, it bodes extremely well for the classic looks, especially with the matched paintjob.

Right now, with more than ten days on the auction clock at the time of writing, the current highest bid of just $25k is entirely understandable. And, with the reserve not even met, it’s easy to imagine that expectations run high with this one... 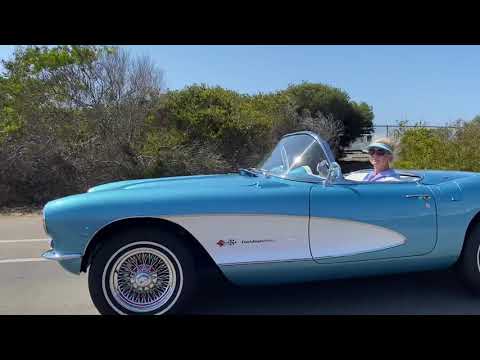 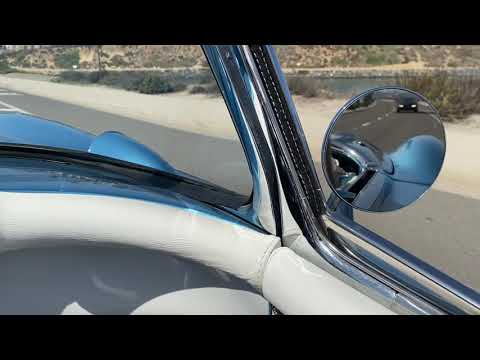