1951 Vincent Black Shadow to Be Auctioned 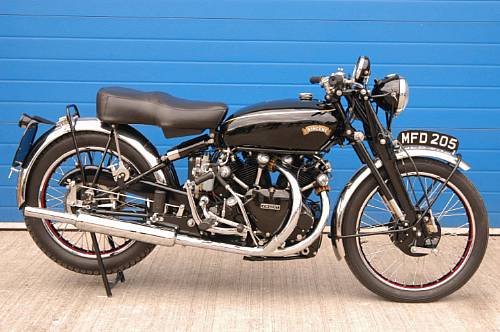 Auction house Bonhams announced that it is preparing several goodies for the annual sale of Collectors' Motor Cars, Motorcycles, Historical Commercial Vehicles and Automobilia at the Harrogate Yorkshire Event Center, UK on November 18. Among the items that will be put up for grabs, there will also be a 1951 Vincent 998cc Black Shadow motorcycle, described as a ‘legend in its own lifetime’.

However, as we said, the auction will also feature several interesting cars, such as a 1924 Sunbeam 20/60hp Saloon which was first owned by Sir Digby Legard of Scampston Hall in Malton. Nicknamed the "Supreme Sunbeam", the car has had several race successes and World Land Speed record achievements.

The model offered for grabs has a distinctive cream and black livery and retains the original upholstery. It is a rare example of a 20/60hp Sunbeam, and comes with a Swansea V5C registration document, current licence and MoT certificate. The car has attracted a pre-sale estimate of £24,000-28,000.