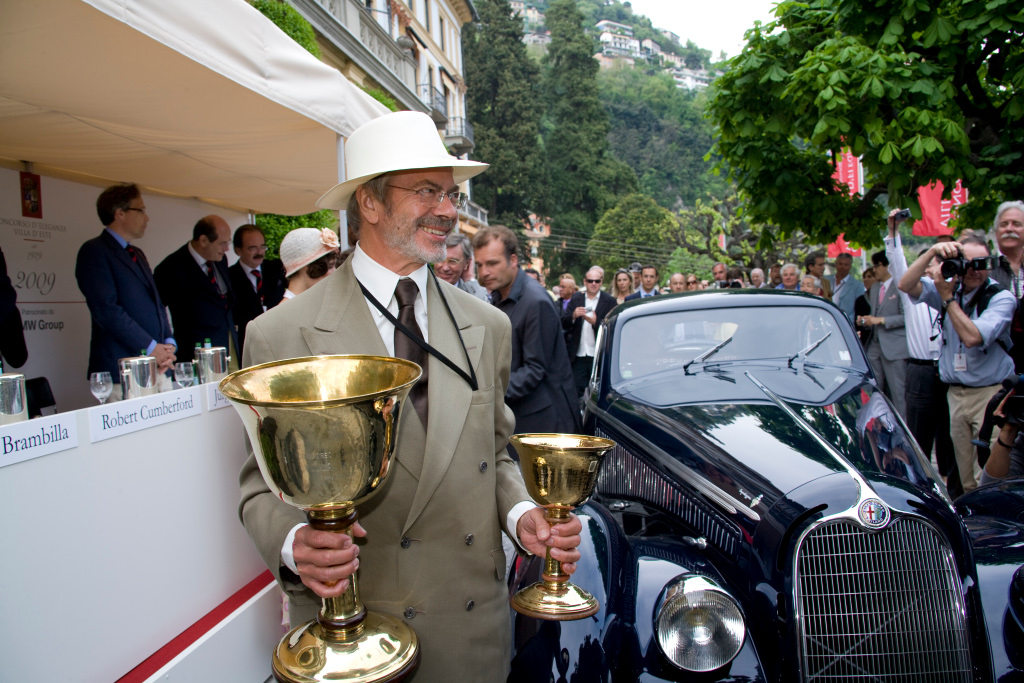 Over 2,600 visitors who attended the Concorso d’Eleganza Villa d’Este 2009 at Villa Erba in Cernobbio witnessed an 1938 Alfa Romeo 8C 2900B Berlinetta Touring claiming its victory. And it was not only the Coppa d’Oro Villa d’Este (Best of Show by Public Referendumat Villa d’Este) and Trofeo BMW Group Italia (by Public Referendum at Villa Erba) that the 1938 Alfa’s owner Jon Shirley won, but also the ‘most wanted’ Trofeo BMW Group (Best in Show by the Jury).

From the top awards of the Concorso, only one went to another ‘candidate’. It was Ulrich Bez’s Aston Martin Lagonda One - 77 that won the Design Award for concept cars and prototypes.

The Jury had also other special prizes to give to the participants, as listed below:

“The great response from the public despite the poor weather shows how this event has become a firm fixture on the calendar of car aficionados from both this region and countries around the world,” said Karl Baumer, President of the Concorso d’Eleganza Villa d’Este and Director of BMW Group Classic.

“The weather on Sunday could have been better for the 80th anniversary of the Concorso, but a sunny Saturday with this selection of cars provided a more than worthy setting for our anniversary Concorso,” added Jean-Marc Droulers, President of Villa d’Este S.p.A.