1 Lord Drake Harley-Davidson Breakout Was Made to Turn Heads, Nails the Job

3 1940 Harley-Davidson UA Is a Modern G.I. Joe’s Best Friend, But a Very Expensive One

5 Harley-Davidson Makalu Is a Short and Stubby Softail, So Not a Mountain
Car video reviews:
Up Next

Ford Bronco Van Is Bad With a Capital 'B', Wants to Render SUVs Useless

It’s hard for any bike maker in this world to even come close to what Harley-Davidson means for the industry. The over a century-old company dominates the sales charts today, but also the custom and aftermarket segments, and it even leads the pack when it comes to the collector market, where you really can’t land anything more valuable than a Harley.
13 photos

The Knucklehead we have here is just the latest example of that reality. Listed for sale during the Mecum auction which takes place two weeks from now in Monterey, it could fetch as much as $175,000.

The EL is one of the earliest versions of Harley bikes equipped with the legendary 61ci Knucklehead engine, paired to a 4-speed transmission, good for 40 hp, and capable of taking the two-wheeler to top speeds of close to 100 mph (161 kph).

The one you’re looking at here is a second-year Knucklehead (the EL range came to be in 1936), and it looks just as good as it did back in its day, thanks to restoration work conducted on it by a South Dakota crew called Carl’s Cycle Shop, with no expenses spared.

The bike now presents itself to the world draped in Delphine Blue, accented here and there by Teak Red striping, and according to what the seller is telling us, comes with a wealth of one-year-only bits and pieces, including the fork, speedometer, dash, fender light, and toolbox.

The motorcycle is scheduled to go under the hammer on August 19, and even if the estimated price for it might seem a bit high, keep in mind that, in general, great condition Knuckleheads can easily sell for over $100k.

We’ll circle back to this motorcycle once we learn for how much it went, provided it’s not deemed too expensive and remains unsold this time. 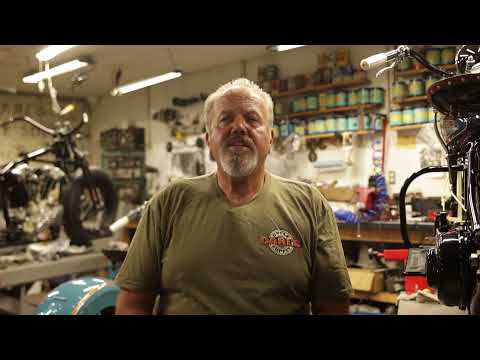