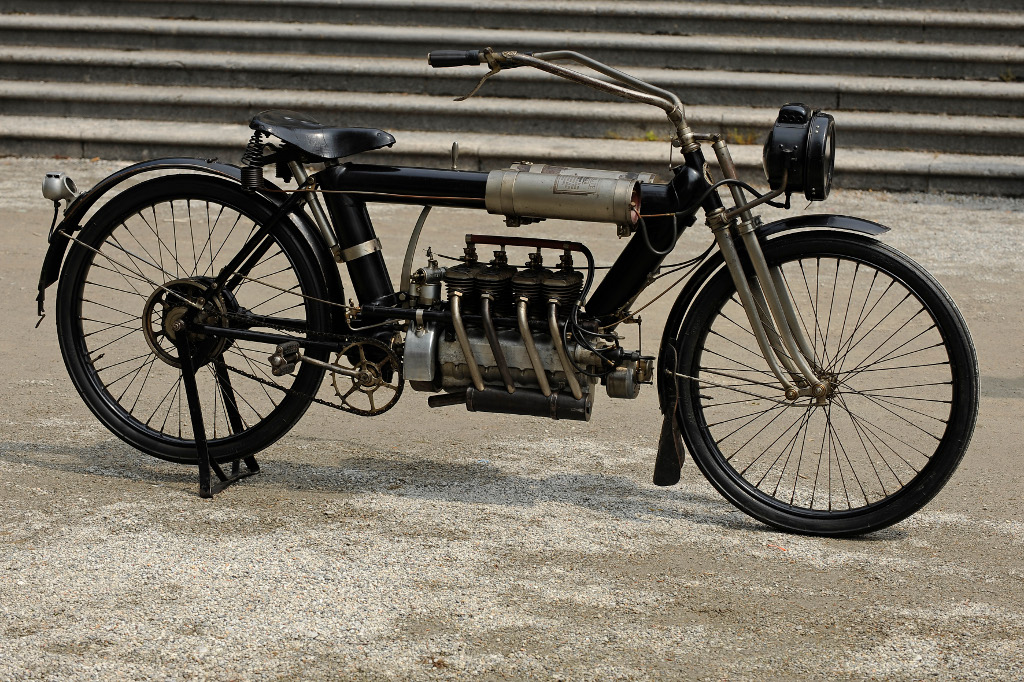 The Trofeo BMW Group in the first Concorso d’Eleganza Villa d’Este for motorcycles was won by an American Pierce Four from 1910. Inspired by the F.N, the Pierce had a four-cylinder, 4-hp engine and a top speed of 97 km/h (60 mph). In fact, this was America's first four-cylinder motorcycle.

The engine was a stressed part of the frame and drove the rear wheel through an enclosed shaft, another American first. Production of the Pierce motorcycle ended in 1913.

Early models were direct drive, with no clutch and no gearbox, but in 1910 -the year the Villa d'Este winner was produced - a clutch and two-speed transmission were added.

As for the motorcycle concours, there have been five competition categories, as well as an hors concours design show.

Based on criteria such as design, state of preservation and originality – a jury of five have selected the best in class and an overall winner from among the 40 or so competing motorcycles. However, in this first year there have been no prizes awarded by public referendum.