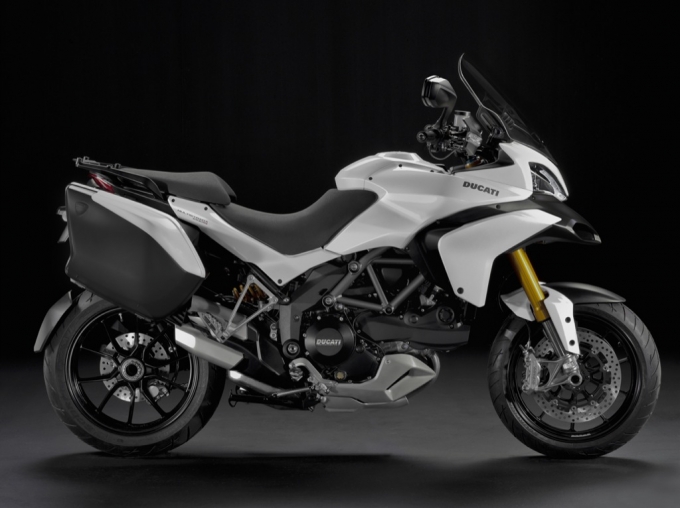 Italian manufacturer Ducati announced 15,000 mile major service intervals on the 2010 Multistrada 1200 machine, with which Ducati developed revolutionary new features such as the Multistrada's "4 bikes in 1" adjustability. The manufacturer therefore doubled the period between major services.

“Doubling the mileage between valve clearance inspections has been made possible due to the introduction of a new valve seat material. This material enables the new "Testastretta 11°" powerplant to go the distance- both literally and figuratively,” a company statement reads.

“Incorporating improved combustion efficiency and a new temperature management system, the Testastretta 11° engine ushers in a new era of service and reliability. The engine lowers the cost of maintenance, improves fuel efficiency and reduces emissions- all while retaining exhilarating performance capabilities.”

First revealed at the Milan International Motorcycle Show in November 2009, the Ducati Multistrada 1200 is based on a four-bikes-in-one concept. Sport, Touring, Urban and Enduro, enabling a customizable riding.

Arriving in Ducati showrooms from early 2010, the 189kg (417lb) Multistrada 1200 is offered with optional ABS, while the flagship Multistrada 1200 S presents ABS and Ducati Electronic Suspension by Öhlins as standard equipment. The 1200 S is available in ‘Sport edition' with specific components in carbon fibre or ‘Touring edition' with side luggage, heated grips and centre stand.

Recently, Ducati also launched the “Roads – Multistrada 1200” photo contest, with prizes including a holiday, a set of Multistrada 1200 technical apparel, and Ducati riding courses. The images must represent the bike's 4 riding modes (through roads pictures, not showing any bike) and should evoke the 4 abstract concepts of "daily life", "freedom", "adventure" and "adrenaline", concepts that are linked to each of the bike's settings.