1 Bugatti Veyron Is the Best Pick Up Line 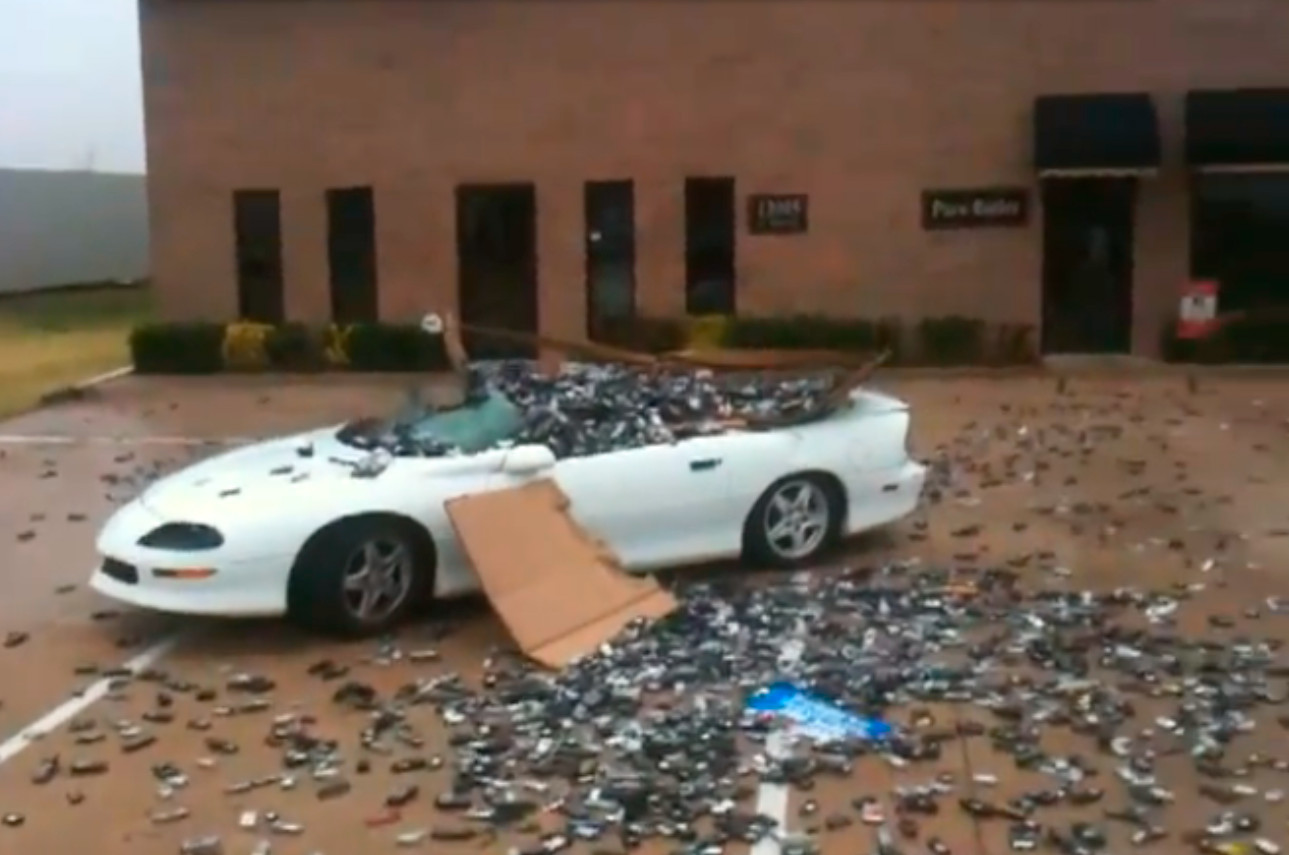 Surfing the Internet, you might find people dropping pumpkins, water balloons or even a piano onto a car. But this is the first time we have ever seen something like this. A company has decided to drop thousands an thousands of cellphones onto the roof of an old Camaro for its marketing campaign.

If you're wondering why they did this, the description of the video says that “this is what a fight between a cell phone and Camaro would look like.” We think the cell phones have won by a landslide, but they won’t live to fight another day.

According to the video, all the phones were already damaged beyond repair, so no loss was made there. After the fun was over, they cleaned up the mess and recycled them.

As for the old Camaro that suffered the tragic fate, the car was not running and would have needed a lot of work to get into a good condition. After the phones were dropped on it, one of the company’s employees bought it for parts he needed for his own Camaro.

Our take is that we don’t like the fact that for the sake of marketing they had to go and ruin a car and cell phones. Now the only hope for either is to be recycled because a new roof is not easy to be assembled on one of those Camaros. At least they could make a convertible out of it now.

For now just enjoy the mayhem of what happens when you drop 1,500 pounds (680 kg) of cell phones on a Camaro in the video below.