1 Porsche 911 GT3 RS Gets Driven on the Nurburgring With Hand Controls, Is Fast

Home > News > Auto Motorsport
Razvan Calin
A Porsche 911 Turbo S with loads and loads of power and tuning is one fast ride, and quarter-mile and half-mile addicts will agree with me. But how fast, exactly, would be a question to which experienced gearheads must learn the answer.
12 photos

The Porsche in this story is a 1,300 bhp (1,318 PS) 911 Turbo S, owned and driven by the popular Youtuber Jamie Sonuga from the Officially Gassed – OG channel. A few days ago, we gave you a spectacular drag strip battle between this Porsche and a very stunning Lamborghini Huracan. If you want to see that fast-paced turf war, click play on the second video.

The Porsche thrashed the Lambo in both drag and roll races, despite not being tuned to full power. But after claiming the victory wreath, Jamie didn’t rest on his laurels and went for the next challenge: the Terminal Velocity speed trials.

However, there is a price to be paid when racing mighty engines. Sometimes, a malfunction occurs. This speed trial was one of those “sometimes,” as Jamie’s Porsche broke its PDK seven-speed gearbox. I guess there is a hidden meaning in the "Terminal Velocity" title of the speed race.

You can see – and hear – the crackling noises the Porsche makes in the video (somewhere around the 11:40 mark), about one second after the driver puts the hammer down on the flat-six four-liter boxer powerplant. (I challenge you to give the most accurate description of what that transmission fracture sounds like. To me, it has the same harmonious tone as a fistful of bolts thrown inside a metal bucket and strapped to a galloping horse).

There is an upside to this mishap – and Jamie is quick to the point that it was just the gearbox that paid the toll to 1,300 bhp of punishment. The engine left the event unscathed and acclaimed as the Terminal Velocity 18 Speed Trial winner overall. During one of the runs, the power surge is so massive that the car plunges into a drift.

Prompt to respond, the driver lifts his foot off the throttle and regains control. The 911 is subsequently down-tuned to keep it tamed, but the sheer raw power from the engine is too much for the gearbox. The ailing Porsche will return to the ES Motor guys for repairs (they have another dual-clutch PDK gearbox handy) and then get back on track (PUN is unavoidable here) to race again. 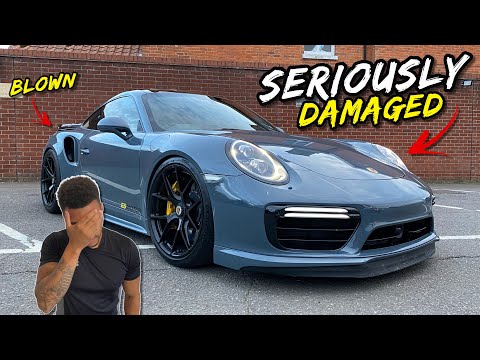 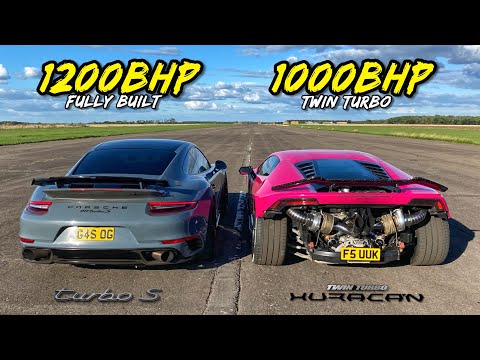