2 After Saving the Day in Avengers: Endgame, Jeremy Renner Starts Singing for Jeep

Widebody kits aren't just for Toyota Supras and Lamborghinis. SUV owners love them too, especially the ones who need to fit bigger wheels.
6 photos

That's right, even the widest vehicles on the road require a little bit of extra rubber when power levels become unreasonable. Jeep might seem like a plucky newcomer with its supercharged Grand Cherokee Trackhawk taking on the Germans turbo boys, but if you think about it, the SRT8 is one of the first high-performance SUVs ever made.

You can still find boxy old models all over the world, grafting twin-turbo systems to that chunky V8 engine to deliver insane drag strip numbers. This project is a bit like a halfway house between that and a normal road car.

It's a modern-day SRT, which is a bit strange considering nobody ever talks about it. The owner had it pushing 1,200-hp, which is about as much as a Porsche Cayenne Turbo and a Lamborghini Urus combined. But opulence is also on its agenda, so the modified Grand Cherokee is more than a match for a standard 707 horsepower Trackhawk.

The attractive red paint has been matched with bold gold-colored wheels from a manufacturer called Ferrada. They measure 22x11.5 inches and sit a lot closer to the body thanks to the custom suspension.

But wait, that's not what a SRT model is supposed to look like, right? To be honest, the mystery look was what attracted us to this project in the first place. And it didn't take long to track down the manufacturer. This is Tyrannos V3, the third iteration of a widebody kit from Renegade Design, a Russian tuner specializing in SUVs.

It adds not only the big fender extensions but also massive air intakes for the front bumper, big enough for any supercar, plus a chin spoiler and scooped-out hood. A complete package like this probably costs about $10,000, which isn't cheap. But the SRT is about $19k cheaper than the Trackhawk. 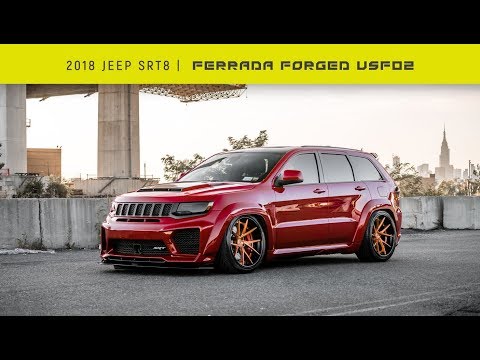 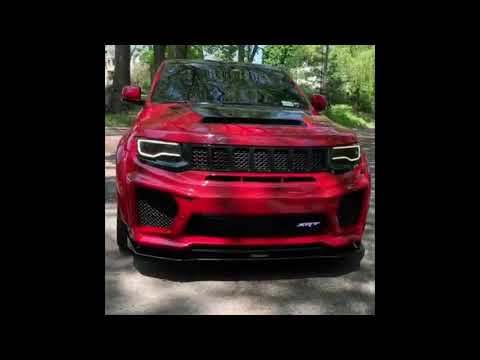