1 Would You Buy This Off-Road Modded Porsche Cayenne Over a New Bronco Badlands?

Sure, if your name is Porsche, you know that you have all eyes on you and, without constant improvements, you'll have to look over your shoulder, or feel the breath of your competitors on the back your neck. So the carmaker kept pushing even when some other big brands had to stall their assembly lines.

12 Challenging Months for Porsche Came Down to This, Big Plans for the Next Years

After a hectic 2020, when the health crisis struck, and many assembly lines around the world were stopped, as the auto industry took an even harder hit with the chip shortage. But that didn't stop Porsche from starting 2021 in full blast with a special edition for the Boxster lineup, now named 718. It was the 25th anniversary of the German, mid-engined roadster, and the carmaker built 1,250 vehicles with unique amenities and visual references to the original Boxster concept car unveiled at the 1993 North American International Motor Show - the car that saved the brand in the late '90s.

In January 2021, the all-electric Taycan model received another version with a rear-wheel drive system and two battery packs to choose from (79.2 kWh and 93.4 kWh). Its range was thus increased to up to 484 km (300 miles), and the sports sedan became a real alternative for longer travels, not just around the block. Even though it is not the all-mighty Turbo S version, this version can still rocket from 0 to 100 kph (0-62 mph) in 5.4 seconds.

In February, Porsche introduced the seventh sequel of the 911 GT3 and took it to the Nurburgring, where the new version demolished its predecessor time by 17 seconds. It completed the 20.8 km (12.9 miles) lap in 6:59.927 minutes. The same month, the carmaker re-staged a former advertising picture in the Swiss Alps from the '60s. This time it was a blue Taycan instead of a red 356.

March, as always, showed the financial results for the previous year, in this case, 2020, when Porsche achieved excellent figures. But it didn't go too much celebrating, and the carmaker unveiled the Tycan Cross Turismo, an electric station-wagon.

April brought a 20-year anniversary for the German brand presence in China, a country where it became a very known and respected sports car. More and more Chinese drivers take the wheel of a Porsche in Asian races. In the same month, the carmaker sponsored the 44th tennis tournament on the Stuttgart Arena. A weird competition without spectators that was broadcast via the Internet and TV stations.

We already know that the Macan will receive a full-electric version in 2023, but in May last year, the carmaker started testing in real-world for its compact crossover. Porsche hopes that, apart from simulations, the car will cover three million kilometers (1,864,113 miles) before launching the production version.

Also, in May, the Ferry Porsche Foundation revealed its charity work from 2020, when it supported 90 projects on local, national, and international levels.

In June, Porsche paid another visit to the Nürburgring race-track, this time with the refreshed Cayenne Turbo GT, which established a lap-record for the SUV category at 7:38.9 minutes, which is about two seconds faster than the 2012 Chevrolet Camaro ZL1. Also, in June, the Porsche 911 GT2 RS (991.2) established the fastest time for a production vehicle raising the bar at 6:38.835 minutes. In the supercar world, that counts as a big win. To confirm its value, the German brand won the 24h race on the same track in the same month with the GT3 R.

July brought one shocking news for the automotive world after Porsche and Croatian newcomer Rimac joined forces and incorporated the Bugatti brand as well, leading to a new hypercar manufacturer: Bugatti-Rimac, with its HQ located in Zagreb, Croatia.

For the rest of the world, Porsche launched the facelifted version of the Macan, the SUV that brought many women to the brand's showrooms - the proportion of women buying the Macan is the highest across all Porsche cars.

August was another racing month for the sports car maker, who managed to get a car on the podium in the GTE Pro class at the 24 Hours of Le Mans race in France. The 911 RSR car was one lap behind the new Corvette C8.R and the Ferrari 488 GTE. I would score that achievement for the newly entered Corvette and point out that the mid-ship American supercar did an awesome job for a first-time presence in that race. Also, the German carmaker launched a track-only weapon: the GT2 RS Clubsport 25, celebrating a quarter of a century for this version of the well-known 911 range.

September showed a slow-down on the motorsport arena, but Porsche brought a Mission R concept car at the IAA Mobility 2021 in Munich. The prototype shows the future in motorsport, this time with an all-electric race car able to pull over 1,000 hp in qualifying mode and an 80 kWh battery good enough for a longer race. It was the last brainchild of Fritz Enzinger, who had led the racing department for the last decade.

October first came with a new head for the Porsche Motorsport, in the person of Thomas Laudenbach, 53-year-old engineer says that "We have our sights firmly set on claiming our 20th Le Mans victory, we want to win world championships – both in endurance racing and in Formula E." The new head of Porsche Motorsport joined the carmaker in 1998 as Head of Powertrain Development and was involved in racing and sports car projects such as the 918 Spyder, 911 RSR, 911 GT3 R and the 911 GT3 Cup until 2013.

The same month was the 50-year anniversary of the Weissach Development Center, which is located 25 km (15.5 miles) away from the carmaker's factory. It covers 100 hectares (247.1 acres) of land and, on October 16th 1961, Ferry Porsche broke ground for the testing facility.

Towards the end of the year, in November, at the LA Auto Show, came the last performer of the German carmaker: the Cayman GT4 RS, as the flagship of the 718 lineup. It carried over the engine from the 911 GT3 but with less oomph. Still, has plenty enough to propel the car from 0 to 60 mph (0-97 kph) in just 3.2 seconds.

While many people were packing up for Christmas and winter break, the carmaker unveiled its secrets about the color palette. We covered that subject too, and I still can't figure out why they need four years to decide on a new color in the carmaker's lineup.

Sure, you will find out more information about the German carmaker later on during our Porsche Month 22 and, moreover, we'll see great cars and achievements from its past. 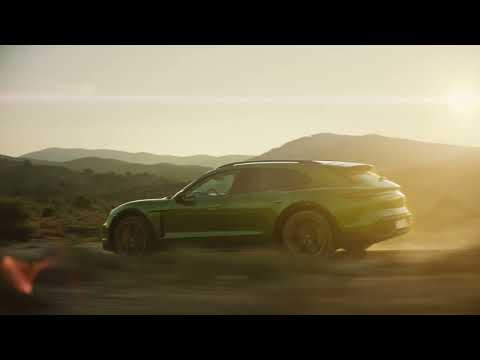