1 Twin-Turbo Trailblazer Destroys Everything at the Strip, Even 8-Second Hellcat

2 The Power of Mods Compels You: Tuned Challenger Hellcat Beats Demon at the Strip

Vlad Mitrache
A lot of people make a living out of YouTube videos these days, but not all their income comes directly from those five seconds of advertising before the "skip" button becomes available.
5 photos

Once they build enough fame, one alternative method of boosting revenues is to offer channel-specific merchandise - if enough people love you and/or you make cool designs, you'll get a decent number of sales. However, if the quality of the products isn't enough, you can always entice your followers even further by adding a giveaway for everyone who buys stuff.

Hell, make the prize sufficiently attractive and you're very likely to get entries from people who aren't even necessarily fans of the channel. Who wouldn't like to win a car for the price of a t-shirt, right? We'd probably take any type of functioning car for that kind of money, but when the giveaway is actually a 1,000 hp Challenger Hellcat (albeit not brand new), the lure becomes tremendous.

Since giving away cars isn't exactly cheap, the organizers of these raffles must offer themselves plenty of time to gather as many entries as possible - which is another way of saying to sell as much merchandise as they can. That also gives participants plenty of time to forget about taking part, so on the day the winner is chosen, the last thing on their mind is the purple-wrapped Hellcat with a monstrous 1,000 horsepower they are pretty convinced they're not going to win.

That's precisely how Ira felt when Mike, the guy behind the Street Speed 717 YouTube channel, called him to tell him he was the lucky winner. Ira was driving to work and, to make matters even worse, it was also raining. The last thing he needed was some unknown number pestering him with calls, so he refused to answer. And when he finally did, half of his words required beeping out.

Luckily for Ira, Mike and the team didn't give up that easily. They sent him a text and since anyone can say they're from Street Speed 717, they also sent a group selfie. A few minutes later, the coin finally dropped for Ira and Facetimed them back, with the required apologies. All's well when ends well, but if there's one thing we didn't like about this part, it's the fact they didn't tell him to pull over for the video call - doing this while driving is really not recommended. 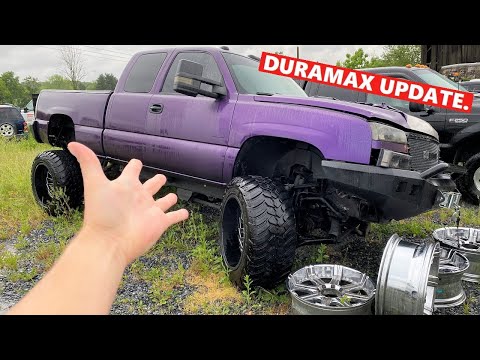