The Vespa Cosa is a model of scooter produced by Piaggio under the Vespa brand. 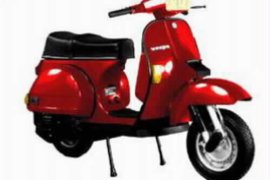 3 Vespa 98 Is the Beautiful, Electric, Modern Take on the Classic Scooter

5 Oldest Vespa Scooter Up For Grabs, Might Get Auctioned For Over 200K