The first Diana appeared in Europe as the Mach 1 and it was the fastest 250 single of this time.

The Ducati 250 was a very popular bike, and for this reason, Ducati introduced in 1963 the Diana Mark 3 Super Spor. The 250 Mark 3 has, at its heart, an air-cooled, four-stroke, cc, single-cylinder powerplant mated to a four-speed manual transmission that can produce a claimed 19.5 horsepower at 8300 rpm. The steel frame, the front hydraulic telescopic fork, two shocks as a rear suspension, a drum brake system both front and rear, a small beacon, is part of the standard equipment. 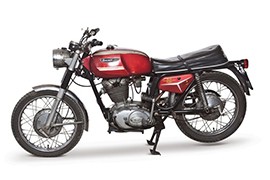 2 Subtly-Modded 2001 Ducati 748 Isn’t Quite Perfect, But You’ll Dig It Nonetheless