The 2015 MY Aprilia SX 50 has, at its heart, a liquid-cooled, two-stroke, 49cc, single cylinder powerplant mated to a six-speed manual transmission.

In addition, the House of Noale offers for purchase two versions of this machine, a normal, unrestricted version, and a version with restricted power, which can be rode on public streets in most countries by 16-year old riders as well. 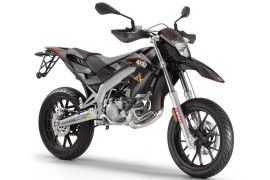 3 With 34 Miles Under Its Belt, This Rare 2016 Aprilia RSV4 RF Is Virtually Brand-New