In the mid-80s, the European aftermarket industry was blooming.

New tuners and aftermarket specialists started to work along big names in the automotive industry. Some of them became famous and carried on with their products, and some others failed.

Hans Albert-Zender started his business in the '70s, with the idea that a car component can be crafted beautifully, to enhance the driver's image. In 1974 he started to work with Ford and Volkswagen for various parts and design studies. Fast-forward to 1999 and a sporty, 2-door coupe was shown by the Zender tuning company. It was a small sport car with two seats and a look that could have entered production.

The mid-engine was the 2.8-liter VR6 gasoline unit from Volkswagen. It was mated to a 5-speed manual, sending the power exclusively to the rear wheels. Even though the car never entered production, it was a cue for what a big carmaker could have made. That said, neither Volkswagen or Audi took the prototype to make a series production vehicle. The Audi TT was already close to production series at the time and Volkswagen didn't have any sporty project in plan. 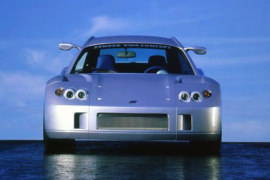