The German carmaker introduced the facelifted version for the Tiguan's second generation in early 2020 as a 2021 model year and upgraded more than just its look.

With more than four million units sold since its launch in 2017, the Tiguan was a huge success for the German carmaker. In 2019 alone, the compact SUV was sold in over 900,000 units, which was more than Volkswagen expected, and it was among the best-selling SUVs in the world. But even the best things in life (or a carmaker lineup) had to improve to stay on top of their game, and the Tiguan received an important update at the beginning of 2020.

Inside, the carmaker offered its newest version of the control panel for the climate control system, with a touch-screen and sliders on the center stack. A Harman Kardon sound system was included on the options list, so its customers could enjoy high-quality music while on the road. The cabin provided adequate room for five adult passengers, with bucket seats at the front and a 40/20/40 split-folding rear bench, which enlarged the trunk from 520 liters (18.36 cu-ft) to 1,655 liters (58.7 cu-ft) when folded down. 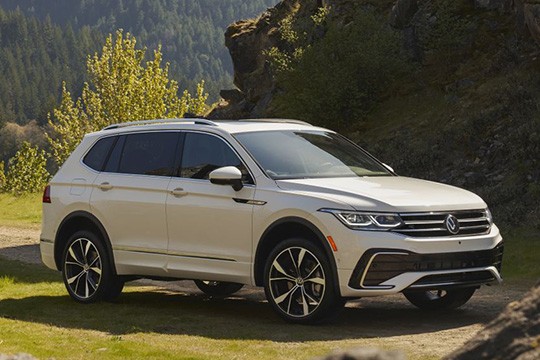