1 The New VW Scirocco Could've Looked Like This, if Most People Weren't Into Crossovers

5 Is the Volkswagen e-Golf Making a Comeback Based on the Golf Mk7?

The 1999 Polo is a refreshed version of the previous model launched in 1994 although the German manufacturer Volkswagen said that no less than 70 percent of this Polo is new. In fact, the Volkswagen Polo received a couple of new parts, such as the headlights and the bumpers, as well as some interior elements, most of them based on the Volkswagen Lupo. Meanwhile, Volkswagen modified the standard features of the Polo and included in this package the power steering, the twin airbags and the ABS system. In addition, the manufacturer came with a new engine, a 3-cylinder 1.4 liter TDI, which was installed on both 3 and 5 door hatchbacks. 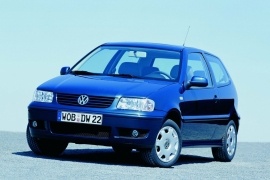