Volkswagen refreshed the Beetle lineup in 2016 for the 2017 model-year in a desperate attempt to make the car more attractive, and that refresh was included on the convertible version too.

While the Beetle was one of the best-known nameplates in the world, the modern reinterpretation didn't encounter the same success as its ancestor. In 2016, the carmaker introduced a facelifted version for the second generation of the so-called New Beetle.

The 2016 Beetle tried to offer a better front fascia, with a more male-oriented design, with LED daytime running lights inside the headlamps. It even featured a more aggressive styling for the front bumper, with the A-shaped lower grille flanked by the foglights' scoops. All of them were crossed by horizontal slats that gave the impression of a wider, lower vehicle. The ragtop couldn't have been completely retracted, and it stood outside behind the rear seats, sporting a fabric cover. But it wasn't a mistake; it was designed like that to resemble the original 1200/Beetle concept.

Inside, the carmaker adapted the dashboard and the infotainment system that offered connectivity with smartphones. In addition, the dashboard and upper side of the door cards could have been painted in the car's body color. As an option, Volkswagen provided the car with matching colors for the circular vents and the passenger's side door puller. Moreover, there was a new choice of fabrics and interior colors.

Under the hood, Volkswagen installed a wide choice of engines. No less than three gasoline and five diesel powerplants were fresh, provided better fuel efficiency, and respected the Euro 6 emission standards. Moreover, like its non-facelifted version, it was available exclusively as a front-wheel drive vehicle with either an automatic or manual transmission. 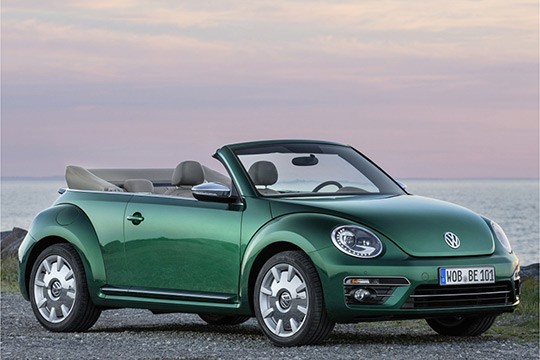 4 This Volkswagen Type 2 Sunroof Deluxe 21-Window Samba Is the Real-Deal, Full of Surprises