The third generation of the Zafira was introduced in 2011 at the Geneva Motor Show first as an Opel and later as a Vauxhall for the British market.

The MPV market was shrinking more and more, making room for the SUV market that was growing day by day. But the GM still believed in the minivans and that's why the continued to offer a spacious, good for seven, vehicle. It was based on the same platform with the Astra J and, at the time of its launch, it was Britain's most favorite 7-seat vehicle.

The facelift brought new headlights, which lost the boomerang light, and a new grille that resembled the one found on the Insignia. The front bumper was redesigned as well and received a sportier look, even if we were talking about a minivan, which is in total opposition with a sporty car.

Inside, few options started to be included as standard. The infotainment system with a touch-screen on top of the center stack was installed in from the base version. It gathered a few of the previously used buttons that cluttered the area. There were 13 storage compartments in the Zafira, but the glove-box was a small one.

The Zafira was offered with a choice of one gasoline and two diesel options, mated to either a manual or an automatic gearbox. Unfortunately, it wasn't offered as a hybrid. 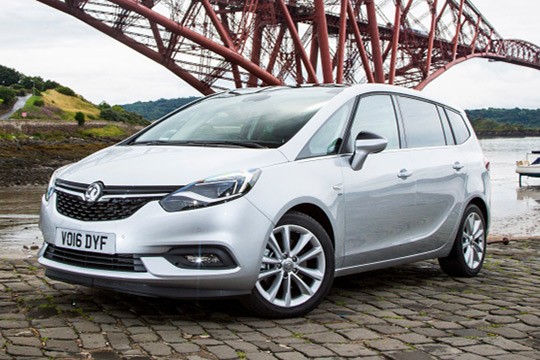