In 2012, Vauxhall launched its first subcompact crossover vehicle, the Mokka.

Its short consoles and tall appearance made it very well suited for an urban vehicle, easy to park and to move around. The interior was large enough for five passengers.

The Mokka was the shortest crossover SUV. With its length of 4275 mm (168.3 in) and 2555 (100.6 in) wheelbase, the engineers had to work hard to fit five passengers inside. The trunk space was small when the rear bench backseat was up, but with that folded down, it could reach 1372 liters (48.8 cu-ft), which was not bad for a small urban car.

In 2016, the Mokka received a mid-life cycle refresh, which added a new Adaptive Forward Lighting (AFL) system with full LED headlights, which replaced the older BiXenon unit. A new set of safety systems were available, with red LEDs that lit up in the event of an imminent crash. The revised exterior brought more appeal to the small crossover.

Inside, the 2016 Mokka was updated in terms of refinement and features. The instrument cluster, with two round dials and an LCD between them, and a new infotainment system enhanced the ride to the destination. Its sat-nav and audio system offered a good companion on long journeys.

Under the hood, the Mokka was offered with a choice of diesel and gasoline engines which were mated to either a 6-speed manual fitted as standard or a 6-speed auto for selected versions. 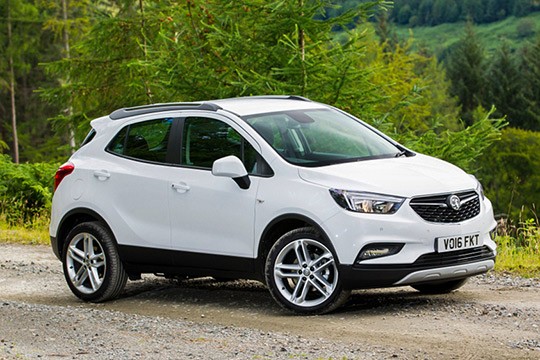