The C version of the TVR T350 is actually the coupe flavor of this car which was first introduced in production in 2002.

However, the 2-door coupe was only manufactured for 4 years, being then replaced by the TVR Sagaris, a more advanced model which incorporated multiple new features. The T350 is based on another car built by the British company, namely the Tamora, but comes with an engine developed by TVR although lots of its models are actually equipped with engines bought from other companies. The 3.6 liter engine installed on the T350 is able to produce 350 horsepower, which means that the car can reach a maximum speed of 310 km/h. 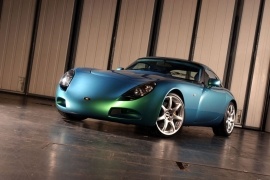