Released in 2012 as a 2013 model, the facelifted Venza upgraded the already good crossover built by Toyota for specific markets.

Gone were the days when a family had just one or two options for a car category to chose from. In 2012 there were already plenty of them, starting with a compact station-wagon and going up to big SUVs and everything in between. Toyota built this crossover on the same platform with its sales champion Camry. Toyota designed and developed the car in its R&D centers from California and Michigan and built it in Kentucky.

While it was challenging to say if the Venza was a lower SUV or a higher station wagon, the carmaker just confirmed that it was a mix between them. It showed a front fascia that resembled the Camry and a greenhouse that reached the Lexus RX SUV look. It sported short overhangs, a forward, raked A-pillar, and a low roofline. Its raked-forward tailgate was a mix between a fastback and a regular tailgate shape.

Inside, Toyota installed a two-tone dashboard and a center stack extended over the center console. The gear-lever mounted on the driver's side enhanced the feeling that the driver was in its separate cluster, away from other occupants. Its instrument panel featured a big speedometer in the middle flanked on the left by a tachometer and on the right by the fuel and temperature gauges. In the back, the carmaker installed a 60/40 split-folding bench that increased the cargo area from 36.2 cu-ft (1.025 liters) to 70.2 cu-ft (1,988 liters).

For the powertrain, Toyota offered two engine choices, both available with front- or all-wheel-drive. Both engines were paired to a six-speed sequential-shift electronically controlled automatic transmission (ECT-i). 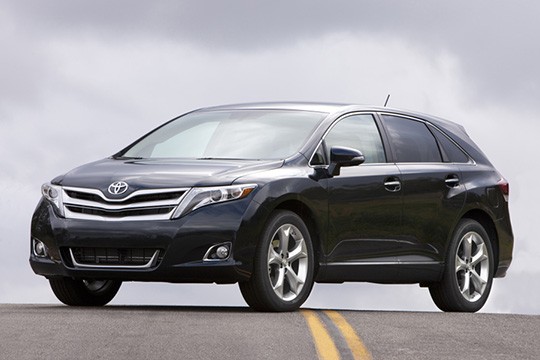