The second-generation Toyota Avensis was launched in 2003 and received the 2004 European Car of the Year title.

In 2007, Toyota introduced a refreshed version of the Avensis, with updates regarding its exterior design and a new engine. Not only the sedan body style was upgraded, but the same also applied to the wagon and the liftback versions of Avensis.

For 2007, the new Avensis came with LED turn-signals mounted within the outer door mirrors, adding a more premium feel, and increase safety. The side mirrors were now bigger to improve visibility.

The new diesel unit introduced in 2007 was a 2.0-liter D4D engine that developed 125, this engine offering excellent power and reduced fuel consumption at the same time. Friendlier to the environment than its predecessors, the new powerplant had low CO2 emissions of 146 g/km.

More powerful engines were also available, with the range-topping D-4D 180 that developed 177 hp. 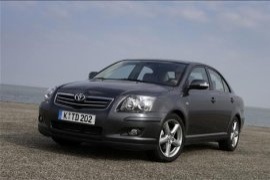