At the beginning of 2020, Suzuki unveiled the facelift for the second generation of the Ignis.

It was designed for better fuel efficiency due to a new drivetrain.

The new, five-slats grille, along with the trapezoidal front and rear aprons, amplified the car's robustness. While it never won a beauty contest, the designers tried, at least, to give it a better stance. The blacked-out A- and B-pillars were part of that tryouts.

The interior offered enough room for four adult passengers, even though the rear occupant's legroom was not at a high level. The urban styling taste surrounded the cabin and gave it a spacious feeling. An important part of the upgrade was the instrument cluster, with black and white, contrasting colors to offer a bold impression.

The engineering department was busy developing a new, K12D Dualjet engine. It featured a dual injection system that offered a faster response and better fuel-efficiency. The high-level balance was made possible due to the electric VVT (Variable Valve Timing) and cooling jets. To further enhance the fuel-efficiency, the existing mild hybrid system powered by a lithium-ion battery was enhanced due to bigger battery capacity, expanded from 3Ah to 10 Ah. Suzuki offered the Ignis with either front- or all-wheel-drive system, with a manual or CVT gearbox. 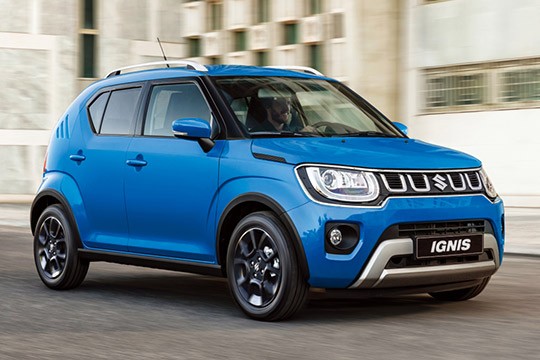