Skoda refreshed the Karoq lineup in 2021, adding more appeal to one of its best-selling SUVs.

Being part of the Volkswagen Group, the Czech carmaker had to update its products after four years since their launches on the market. Despite the pandemic situation of the 2020s, it managed to comply with that demand. Maybe they could've done a better job, but still, it ticked enough boxes to qualify as an upgraded version.

Skoda slightly reshaped the front fascia on the exterior, adding a thicker rim to the updated wide, hexagonal grille and installing a new set of slimmer headlights. Its new bumper featured a reshaped version of the older one, including a lower, narrow air intake. At the back, the carmaker placed a new set of taillights that followed the same shape as the previous ones but had a sharper look. In addition, the rear apron was extended downwards and, combined with the underbody shield, decreased the aerodynamic drag to a 0.30 coefficient.

The 2021 Karoq was available in three trim levels: Active, Ambition, and Style. Moreover, they could have been enhanced with the Sportline package, which added a few details to make the car looks more aggressive.

Inside, the carmaker added an Eco Pack option that included a new upholstery made out of recycled and vegan materials. In addition, there was a new decorative pack for the doors, which added softer materials. Skoda was often criticized for its hard-plastic door panels, especially less-expensive versions.

Under the hood, the carmaker installed a choice of five engines ranging between 110 PS (108 hp) and 190 PS (187 hp) paired with either a six-speed manual or a seven-speed automatic (dual-clutch) gearbox. 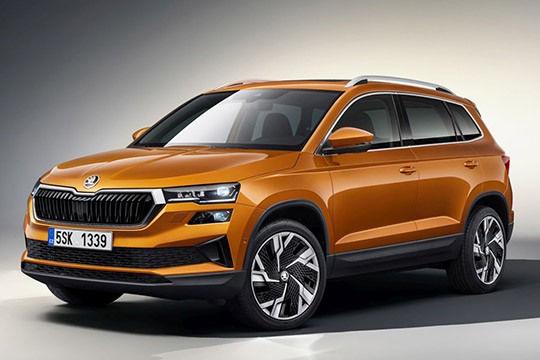