SEAT introduced the fifth generation of the Ibiza small-segment car in 2017 at the Geneva Motor Show and, four years later, it unveiled the facelifted version.

While the world pandemic was still on, the Spanish carmaker had to adapt and showed the 2021 Ibiza online. Even though it was very difficult to distinguish the facelifted version from the 2017 model, the carmaker brought more improvements to the small vehicle, which shared its MQBA0 platform with the SEAT Arona crossover and other Volkswagen products.

At the front, the 2021 Ibiza switched to LED technology as standard - Eco-LEDs and the option for Full LEDs. That addition made the car show an enhanced, sportier look. In the back, the only visible change was the handwriting-style Ibiza badge from the tailgate. In addition to that, the carmaker offered a choice of two new, 17" light-alloy wheels and another one with 18" diameter.

Inside, there was a radical change for the dashboard, which featured a new 8.25" infotainment screen fitted as standard with an option for a 9.25". For the instrument cluster, the Ibiza sported analog dials with an option for a 10.25" TFT display. With all these included, the 2021 Ibiza's interior became fully digital. To add more style to the cabin, SEAT included new vents and LED lights around them, on the driver's and front passenger's sides.

SEAT dropped all the turbo-diesel engines from its range and kept only four gasoline and one bi-fuel unit. The latter was a CNG/Gasoline turbocharged unit. 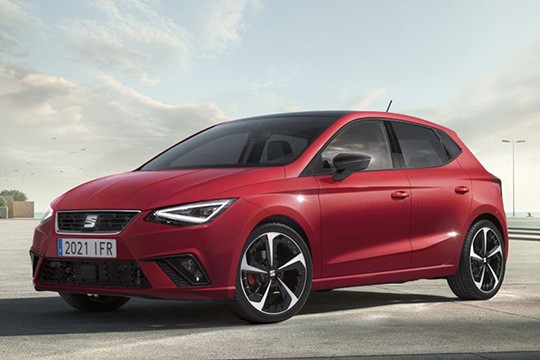