The first generation of the Saleen revealed in 2002 developed more than 500 hp, and surprisingly was still street-legal.

The Saleen S7 Twin Turbo came as a replacement for the Saleen S7 in 2005. Some say that it was the most powerful car built by that time.

The 7-liter V8 engine designed by the Saleen engineers was all aluminum, thus being part of the hypercar’s reduced weight.

“The S7 TT’s shape was “designed” by the wind” as Saleen representatives mention. The low drag coefficient, the extreme downforce, and the perfect drag-to-lift ratio were achieved by using a wind tunnel.

Moving further to the interior, the seats and most of the interior surfaces were wrapped in leather and suede. The S7 TT was equipped with air conditioning, power windows, and a rearview camera.

Interestingly enough, the driver’s seat was slightly moved towards the center in order to improve the side-to-side weight distribution. The pedals were had been spaced farther apart for increased comfort.

And while the S7 TT had a beautiful timeless design, as well as an undeniable power, the already well-known brands like Ferrari, Lamborghini, etc., had won the scene. 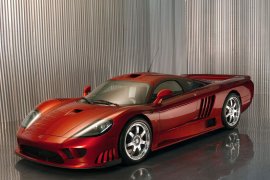 2 500-HP Saleen Mustang Is Your Ticket to Supercharged Heaven