The french manufacturer broke the silence in the beginning of 2020 with the introduction of the new, face-lifted generation of its top-seller in the compact range, the Megane.

The biggest improvements are on the tech-department, which are added to a slightly modified bodywork.

On the outside, the new Megane was improved with a new pair of headlights, which received LED technology for better visibility. The plug-in estate version has a 434 liter trunk-space (15.3 cu-ft), 84-liters (3 cu-ft) less than the non-hybrid versions.

Renault was at the forefront of electric mobility in Europe. The French carmaker hase a line-up of electric vehicles ranging from the two-seater Twizy up to the light commercial vehicles. Now it made a bold move into the plug-in hybrid (PHEV) technology, two years after buying Mitsubishi Motors, who already had this technology in production. The Renault Megane E-TECH plug-in hybrid can run 65 km (40 miles) purely electric in the mixed cycle or 50 km (31 miles) in urban environment (according to the WLTP cycle).

The face-lifted Megane will lose the GT-Line trim, which has been replaced with the new RS-Line badge. Compared with the GT-Line, the new trim will have a sportier look both on the inside and on the outside of the vehicle. 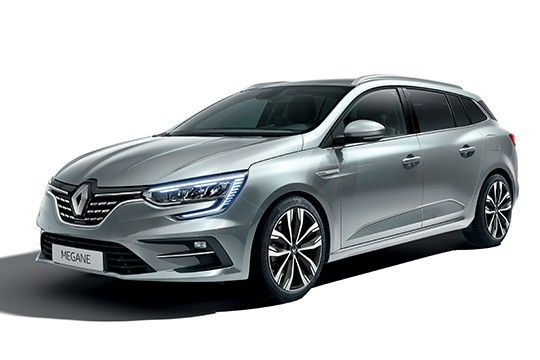