The second generation Renault Logan made for Brazil and Russia rolls out in 2014 coming with a completely restyled design, both on the inside and the outside.

It is though pretty similar with its European counterpart made by Dacia, coming only with some minor bumper and grille differences. The interior has also been redesigned, with the central console now being able to accommodate a decent infotainment system with optional navigation, and the materials used also got better. Overall, the new Logan remains the same trusty budget sedan that made it famous and for South America it is offered with a choice of two engines. 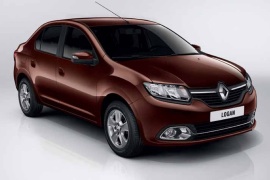 1 Renault CEO Is a Bit Skeptical About Hydrogen-Powered Vehicles