Renault introduced a new compact-segment SUV on the European market in 2022, thus replacing the Kadjar, which lasted only for one generation.

When a carmaker gets a successful model, it keeps its nameplate. The Suburban is one of the most obvious examples in the industry. On the other hand, Renault tried the SUV segment with the Koleos, built together with Samsung, then it tried its luck with the Kadjar and, starting with 2022, with the Austral.

The vehicle was the first to be made on the CMF-CD3 platform developed together with Nissan. Its external dimension of just 4.51 m long (177.5 in) placed it in the European compact-sized segment. At the front, the car sported Renault's signature design with C-shaped headlights and a massive, diamond-patterned grille that sported the large carmaker badge. In addition, the waved lines on the bodywork and the blackened C-pillar and tinted third side window created the sensation of a shooting brake on stilts. The new micro-LED taillights also sported the same C-shape as the headlights at the back.

Inside, the Austral boasted with its digital dashboard. The center stack has a 12.3" instrument cluster and a portrait-type 12" multimedia screen. Moreover, a 9.3" head-up display added more comfort for the driver. For the rear passengers, the Austral offered an impressive room for up to three persons, with more knee room than most of its competitors. The trunk provided 500 liters (17.6 cu-ft) of space. Thanks to the sliding bench that could have been expanded to 575 liters (20.3 cu-ft). By folding the rear seats' seatback, the trunk could reach 1,525 liters (53.8 cu-ft).

Under the hood, Renault installed a wide engine range, either hybrid or mild hybrid. Depending on the trim level and the engine choice, the Austral was available with either a six-speed manual or a CVT. 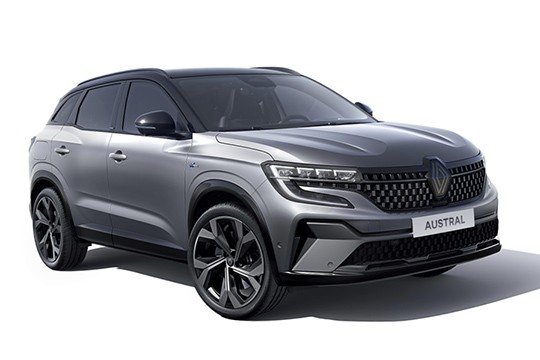 2 Renault CEO Is a Bit Skeptical About Hydrogen-Powered Vehicles