4 1986 Porsche 959 Paris-Dakar Got a Sympathetic Restoration, Still Has Its Battle Scars

After the shock passed and the Cayenne became the best-selling Porsche model, the company had the guts to launch a bolder, more powerful, second generation of the Cayenne at the 2010 Geneva Motor Show.

With the second generation of the Cayenne, Porsche proved itself very profitable, even though it was hit hard by the world economic crisis from the 2008-2010 period. But the luxury car market didn't drop the same as the other car-segments. So, the Cayenne went on with a new generation that gathered immediate attention.

The two-box shape with a curved back was kept. While the first generation started a lot of debates regarding the headlights, the second generation solved that issue but started a new debate regarding the taillights, which looked like they were from a Korean SUV. The car was slightly longer, wider, and higher than its predecessor. All new models shared the new headlight graphics with additional lights at the inside so unmistakably Porsche.

Inside, a particular eye-catcher was the center console that raised up to the front with protruding switches and buttons, giving the interior the character of a genuine cockpit. A 7" touchscreen was placed in the middle of the center console. The dashboard, as well as the instrument panel, featured a brand-new design, expressing that typical DNA of a Porsche, for example through five circular dials and the tachometer positioned exactly in the middle.

For the engine compartment, Porsche installed new engines, including a brand new V6 supercharged with a Hybrid module that allowed the vehicle to run as an EV or full-power, twin-engine vehicle. A new, 8-speed automatic gearbox was available. 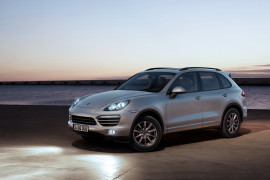