Initially developed for emerging markets, the Peugeot 301 is a compact three-box sedan that offers more interior and luggage space than pretty much all of its competitors.

No less than 640 liters of luggage can be fitted in the trunk, which can be extended thanks to the 2/3 rear folding seat back, thus increasing the luggage compartment volume to 1332 dm3.

First introduced in 2012, the model received a mid-cycle facelift in 2017, which gifted it with a small exterior and interior design revamp and improved technology. The center console now features a 7-inch touchscreen with MirrorLink, Android Auto and Apple Carplay. There is also a 3d TomTom navigation system and a reversing camera, just like on its platform brother, the Citron C-Elysee. On the engine side there are two gasoline versions - a 1.2-liter PureTech with 82 horsepower and a 1.6-liter VTi with 115 horsepower, which can also be optionally paired with a 6-speed automatic transmission. On the diesel front there is a 1.6-liter BlueHDi mill with 100 horsepower. On certain markets there is also a 1.6-liter HDi version with 92 horsepower. All engines are combined with a 5-speed manual transmission as standard. 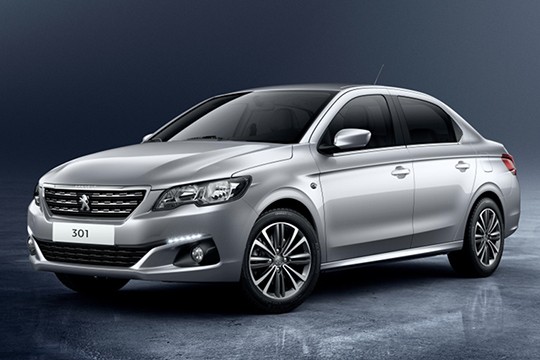