The Malaysian carmaker Perodua introduced its first sedan on the market in 2016 as a leading contender in the compact segment, and soon it won the customer's trust.

Perodua was still a young carmaker when it introduced its first sedan, the Bezza. It aimed at the family sedan customers. Its low price, good features, and trustworthy Toyota engines and platform made it a region's sales winner.

The car's styling was more aggressive than its performance figures, but that didn't matter that much as long as it looked good in the parking lot. At the front, it offered a wide lower grille in the bumper, with fog lights on the sides. Its angled headlights flanked a grille decorated with chromed slats at the top and middle. In the back, Perodua installed corner-mounted taillights that didn't cross to the trunk's lid.

Inside, it was roomy enough for five passengers but with limited legroom for the rear ones, depending on how tall the front occupants were. Perodua installed a modern-looking dashboard with curved surfaces on top and a horizontal chromed line that separated the upper and lower areas. The carmaker installed the infotainment unit on the upper side as an option and the HVAC controls at the bottom on the center stack.

Depending on the trim level, the car was available with a 1.0-liter and a 1.3-liter Toyota-licensed engine. Both were paired to a five-speed manual. An electronically controlled four-speed automatic gearbox was on the options list. 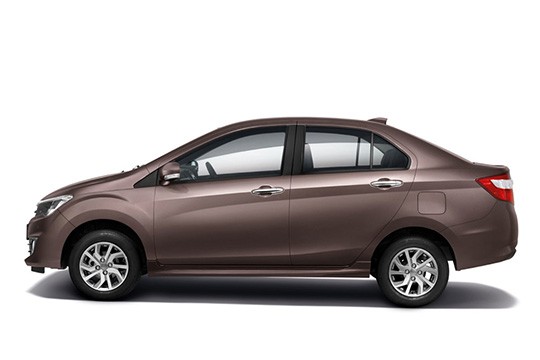