The small-class vehicle has been around since 1978, when the first generation was introduced to the market.

In 2012, the Japanese manufacturer unveiled the sixth generation, which was refreshed for the 2020 model.

For Mitsubishi, the sales were not so well, and by 2020 it began part of the Renault-Nissan Alliance, and it started to share some parts. But the Mirage was still a Mitsubishi product. The small-class vehicle, with its rounded edges, was a direct competitor against the Renault Clio and Nissan Micra. But it still had some design cues that made it pleasant on the market.

From the outside, the 2020 model received a new front fascia with redesigned headlights and new daytime running lights, available with LED technology. The front bumper was redesigned and made larger to improve pedestrian protection. As a consequence, the grille had to be reshaped. The rear received a wider look and a more significant presence thanks to the squared-off treatment of the bumper corners and new LED combination taillights. There was also a new design for the 15” light-alloy wheels as well.

Inside, the car received a 6.5” touch-screen display for the infotainment system, and it was able to connect to smartphones via Apple CarPlay or Android Auto. On top of that, a sat-nav system was available. Even for the base models, the Bluetooth connectivity was fitted as standard. The air-conditioning system, front power windows, and leather-wrapped steering wheel were on the offer.

Under the hood, the engineers trusted the already proven 1.2-liter, 80 hp gasoline engine. It was the only option available, and it was paired as standard to a 5-speed manual gearbox. The continuously variable transmission (CVT) was on the options list. 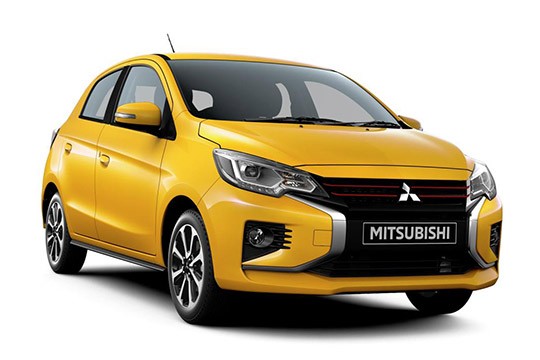