To revive its sales, Mitsubishi revived the glorious name Eclipse and added it to a cross-over, a mix between an SUV and a four-door coupe.

Mitsubishi gave great cars to the world in the past times, from the fuel-efficient Colt to the powerful 3000 GT. At the same time, it proved that it was the weapon of choice to win the grueling Paris-Dakar rally-raid, a tough competition which it won 12 times. Models such as the Pajero/Montero, L200 pickup, or the Outlander made a good impression on the market as well.

The 2021 Eclipse Cross featured a new design with a completely different front fascia. The designers put the daytime running lights where the headlights were on the previous model and installed the driving lights in the bumper. They redesigned the grille as well. In the back, the windscreen from the tailgate was taller to improve visibility.

Inside, the 2021 Eclipse Cross featured a light interior update. On top of the center stack, an 8" touch-screen display for the infotainment system was installed. The instrument cluster featured the same information as before, with a mix of analog and digital dials.

Under the hood, a 1.5-liter gasoline engine was available from the start. It offered 150 hp, and it was paired to a CVT that sent the torque in all corners via an all-wheel-drive Haldex system. A plug-in hybrid was announced. 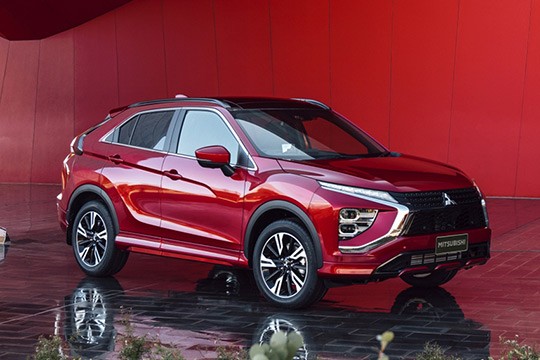