Mildly redesigned since its inception in 1997, the Mountaineer suffered few adjustments during its last makeover.

By 2006, the vehicle was stripped of some features (HID lighting) while it gained some new ones. Slotted below the previous generation Mountaineer in terms of luxury, the new model was released with a new reinforced frame fitted with a choice of two large petrol engines displacing 4.0 L and 4.6 L respectively, both linked to a standard 6-speed automatic transmission. Among other upgrades, the 2006 Mountaineer received a redesigned and more refined interior, a new set of wheels and a navigation system. 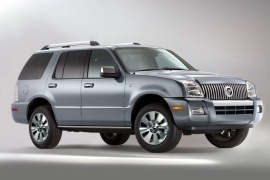