The Montego name tag was resurrected with the 2005 release of the Mercury rebadged version of the Ford Five Hundred and was sold alongside the upper-slotted Mercury Milan.

Released with a forward-wheel drive layout, the new Montego came equipped with a standard Ford-sourced 3.0 L V6 DOHC petrol unit with 4-valve cylinder heads that was capable of delivering 203 hp. The engine was mated to standard 6-speed automatic transmission and a choice of optional CVT, the latter having also been linked to a 4-wheel drive system. On of the shortest lived cars, the Montego ceased production in 2007, only 2 years from its inception. 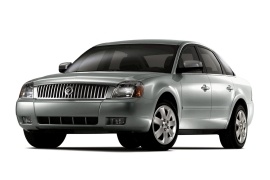