The 5-passenger mid-size sedan was redesigned for the 2010 years and was unveiled in 2008 at the Los Angeles International Auto show.

The changes on the exterior included a new grille, refreshed fenders, a restyled hood and both front and rear new fascias. With the new look, the Milan came with a wider and sportier look, as well as increased aerodynamics.

Not only the exterior was improved though, but an impressive list of features was added.

The Mercury Milan was available with two trim levels, the Base and the Premiere.

The Mercury Milan came with a stellar warranty of 5 years or around 100,000 km.

For 2010, Mercury brought an all-new hybrid model that offered reduced fuel consumption. The hybrid model was equipped with a 2.5-liter 4-cylinder engine that developed 155 hp and was mated with a CVT gearbox. 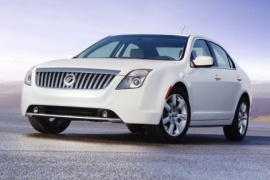