Previewed by various rumors and even a concept car that has pretty much nothing in common with the production version, the Mercedes-Maybach GLS is the first model of its kind.

Unlike the Mercedes-Maybach version of the S-Class, whose design differs quite a bit compared to the regular S-Class, the Maybach GLS looks almost the same as its more civilian counterpart that sports a three-pointed star as the emblem instead of the more prestigious double-M.

The exterior only gets the option of a two-tone paint and a couple of Maybach-specific design details like new bumpers, engine grille, 22 or 23-inch wheels and double-M badges. As an exclusive feature, automatically retracting running boards complete the package. The interior is where the fun starts, as the 2+2 luxury SUV offers much-increased space for the rear passengers, who are treated with almost the same luxurious amenities as the Mercedes-Maybach S-Class. The luxury SUV was launched exclusively as the GLS 600 4Matic, powered by a twin-turbocharged 4.0-liter V8 combined with a 48-volt mild-hybrid system. The Mercedes-AMG engine delivers 558 horsepower and 730 Nm (538 lb-ft) of torque, sent to all four wheels through a 9-speed 9 G-Tronic automatic transmission. Thanks to the mild-hybrid system, an additional 22 horsepower and 250 Nm of torque are available temporarily depending on driving situation. 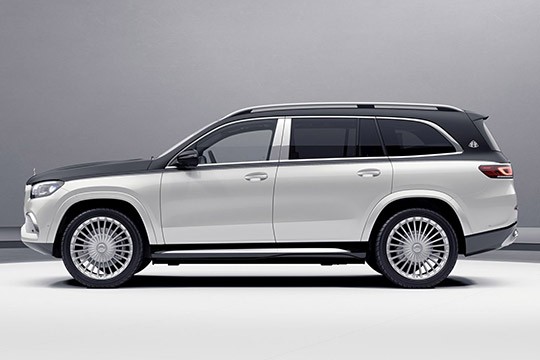 1 CATL Will Build 100 GWh Battery Plant in Hungary, and Mercedes-Benz Is Its First Customer