Mercedes-Benz introduced a final facelift for the A-Class' third generation (W177) in the fall of 2022, trying to give its compact-sized lineup a push before the model's change.

In this case, the German automaker didn't look like it tried too hard to show the upgrades since it wasn't such an important makeover, at least from the exterior's design point of view.

Considered a compact-sized vehicle in Europe and subcompact in the U.S., the A-Class journey started in 1997 as a minivan. After two generations, Mercedes-Benz finally made a major change and transformed it into a regular hatchback. Later on, it also added a few other bodywork versions for it. For the 2022 model-year, the A-Class hatchback featured a hood with two power bulges and a grille with a star pattern, and flat headlights (which are available with LEDs). At the same time, at the back, the automaker added a new diffuser and standard LED taillights for the entire range.

Inside, customers could see the differences even more. The upgraded MBUX infotainment system with fingerprint recognition and new carbon fiber trims distinguished the facelifted version from its predecessor. In addition, the automaker dismissed the rotary knob from the center console since there wasn't needed anymore. The standard 7" touchscreen could have been upgraded to two choices of 10.25" units. A new flat-bottom steering wheel was on the options list and completed the luxurious yet sporty image of the car. The seats were made from 100% recycled materials, and the rear bench featured a split-folding capability to increase the trunk's volume.

Under the hood, the automaker improved the engine lineup with electrified, 48-Volt architecture and mild-hybrid technology. One of the key features included in the entire range was the new belt-driven starter-generator (RSG). In addition, the automaker included dual-clutch gearboxes with seven or eight-speed transmissions. 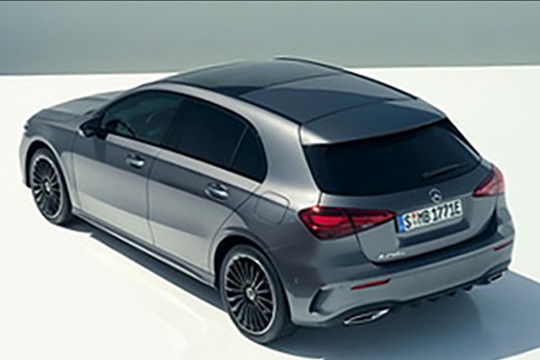