The EQS53 4Matic + represented a big turning point for the German carmaker since it was the first production electric vehicle that sported the Mercedes-AMG badge.

The EV revolution forced the German brand to focus on the next generation of sports sedans, and their first production vehicle in that area was the EQS53 4Matic+. It showed the same shape as the EQS electric luxury sedan from Mercedes-Benz, but with some touches here and there to make it look different. While its exterior look still remained traditional, with a hood and engine compartment in front of the cabin. Its longer roofline resembled the AMG GT 4-door coupe, but it was dictated and formed in the wind tunnel. In fact, AMG claimed that the new car has a 0.20 aerodynamic drag coefficient, which was extremely low.

Inside, there were no analog clocks or dials. The carmaker placed a screen in front of the driver, another screen replaced the center stack, and a third one appeared in front of the front passenger. The Alcantara trims from the dashboard, and center console emphasized the car’s sporty character. Since AMG developed it, the front bucket seats provided high bolstered areas to keep their occupants in place during hard cornering. At the back, the profiled-for-two bench and the flat floor ensured enough comfort for the rear passengers. 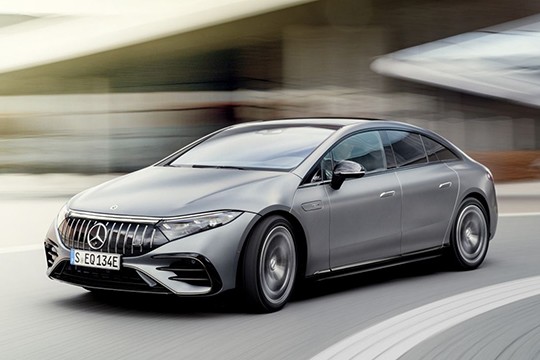